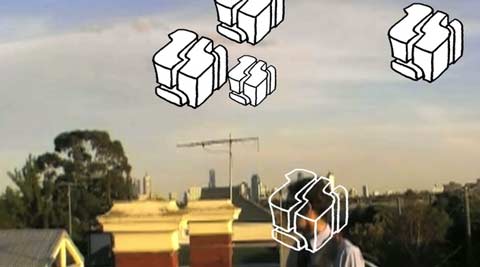 Print on demand, itself novel enough, has been shifting into the third dimension.

2D Print on Demand
Instead of having to do a minimum print run that earlier print technologies needed, it’s now possible to print single books. This can be done at various printers who can do print on demand (eg Melbourne University’s Custom Book Centre, or by uploading a PDF to a variety of sites ( eg lulu.com / or this much bigger list)), then having others print (and mail) your book whenever someone orders one. Compared to indie print publishing of recent decades, this is a pretty amazing scenario. And then there’s …

3D Printing of Actual Objects?
Leader of the online pack seems to be Shapeways(.com), who define 3D printing as

“.. any additive manufacturing process whereby one machine turns a digital file into a finished physical object by building up that object layer by layer,” noting that,”if you were to be more precise the technology would be called rapid manufacturing and 3D printing would just be one of the manufacturing processes used to create objects in this way.”

The overall process seems similar to using lulu to print a book – upload a file, and they manufacture the object whenever someone selects one to buy from the gallery. Digital 3D file formats accepted include STL, VRML2/97, COLLADA and X3D files and they recommend Accutrans or Meshlab if you are using another format and need to convert to a shapeways friendly format. At the moment the maximum size any product can be is 49x39x20cm (19x15x7inches), which also depends on the machine and material. Possible materials for your 3D object include: stainless steel, alumide ( WSF with aluminium dust ), glass, sandstone, and various photopolymers. Their servers check your 3D model for manufacturing compatibility once uploaded, and if approved, pass it along to their production facility for processing. And judging from the gallery, objects can range from a few dollars, through to the tens of thousands.

And while noting that the future has already been arriving a while now (3D print on demand isn’t new, it just boggles me), should probably give a shout out here to sci-fi author Bruce Sterling*, who has been keeping track of such objects and processes for a long time now at his wired blog. Bruce also coined the term ‘spime’ for objects that could be tracked over space and time during their lifetime, something that could help recycling complex manufactured goods for example. See his 2005 book, Shaping Things for more on that.

(( & Elsewhere, the New York Times writes about how 3-D Printing Spurs a Manufacturing Revolution : “A California start-up is even working on building houses. Its printer, which would fit on a tractor-trailer, would use patterns delivered by computer, squirt out layers of special concrete and build entire walls that could be connected to form the basis of a house.” ))

(( (And the pic? A still from a Brunswick rooftop video made a while ago ))