We got the band back together, to perform two sets at ‘Conviction’, organised by Dots and Loops in Brisbane:
– live visuals for Courtenay Cleary‘s virtuoso solo violin performance of David Lang‘s ‘Mystery Sonatas’
– live visuals for Tilman Robinson‘s later live audio remix of the concert

A delicate paper bird is carved out live during the performance, and then live-composited into scenery.

Rummaging through a pile of real leaves, to reveal a mix of paper and pixel leaves underneath. 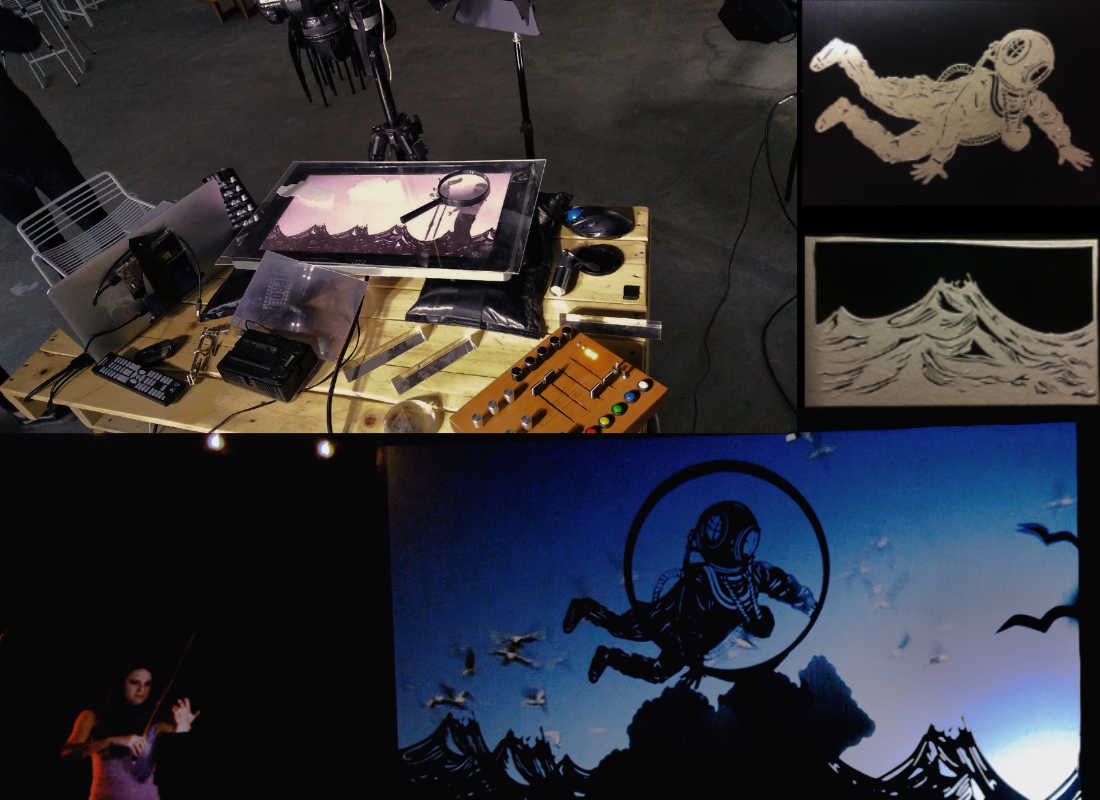