And here it is: https://www.skynoise.net/quartz/9screens16_9.qtz
( Dump that into your Quartz FX folder of VDMX and it should show up as an effect for any layer ). 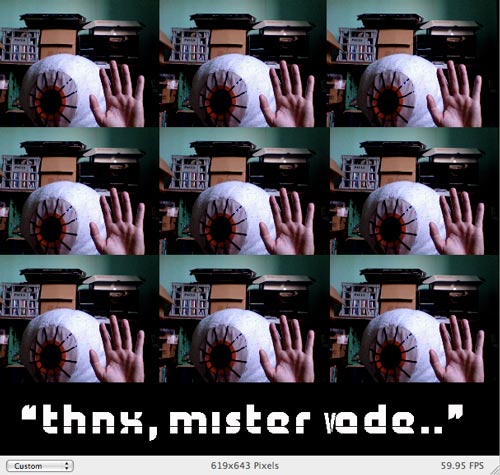