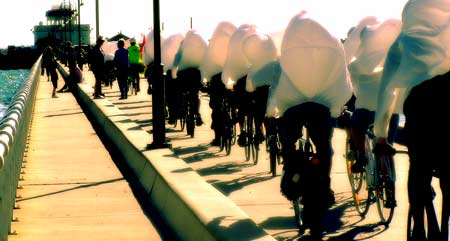 The Aeolian Ride came to Melbourne last weekend, having already happened in New York, San Francisco, Cape Town + Los Angeles – thanks to the inspired efforts of Jessica Findley. A day of soil shovelling kept me from being one of the fifty cyclists wearing an inflatable suit, but at least enjoyed these photos of it by Alan “DJ Bags” Bamford, who promises to post more to his Flickr account soon. He also noted “World Nude Bike Ride ( the next day) was not as well attended – maybe 15 troopers in the searing heat..”. 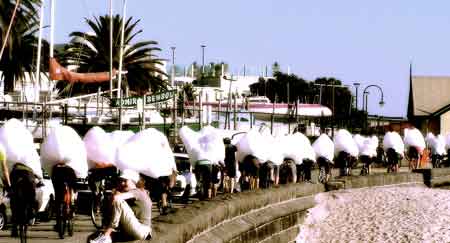