I was lucky enough recently to catch a film-talk panel between director Joshua Oppenheimer and John Safran, at the Melbourne International Film festival. Having just seen the Look of Silence earlier that day, and already in awe of the brave and audacious film-making from the earlier companion film (The Act of Killing) – it was humbling and a privilege to hear about some of what went into the making of the film – and what some of its’ impacts have been since.

Given that Indonesia has not officially or publically discussed the mass killings that happened in 1965-66 (supposedly to get rid of a communist threat) – and that many of the perpetrators are entrenched in power today, it’s quite remarkable that these two films got made – prompted national discussions about them – and that the second film was given official recognition:

Incredibly, after the first film – which featured the ‘surreal / defensive(?)’ boasting of one of the mass-killers – an Indonesian journalist saw the film, and persuaded their magazine to send out investigative journalists to document similar people in 60 different locations across Indonesia – and then published all of these in one go – alongside an in depth reaction to Oppenheimer’s film – which broke the silence, and allowed Indonesian media to move past the taboo of discussing these events.

Regardless of your awareness of this Indonesian mass killing, these are powerful films on many levels – well worth hunting down.

The Act of Killing

Via Wikipedia entry of Act of Killing:

The film focuses on the perpetrators of the Indonesian killings of 1965–66 in the present day; ostensibly towards the communist community where almost a million people were killed.

Invited by Oppenheimer, Anwar recounts his experiences killing for the cameras, and makes scenes depicting their memories and feelings about the killings. The scenes are produced in the style of their favorite films: gangster,western, and musical.

The name “Anonymous” appears 49 times under 27 different crew positions in the credits. These crew members still fear revenge from the death-squad killers.

When the government of Indonesia was overthrown by the military in 1965, Anwar and his friends were promoted from small-time gangsters who sold movie theatre tickets on the black market to death squad leaders. They helped the army kill more than one million alleged communists, ethnic Chinese, and intellectuals in less than a year. As the executioner for the most notorious death squad in his city, Anwar himself killed hundreds of people with his own hands. Today, Anwar is revered as a founding father of a right-wing paramilitary organization that grew out of the death squads. The organization is so powerful that its leaders include government ministers, and they are happy to boast about everything from corruption and election rigging to acts of genocide.

The Act of Killing is about killers who have won, and the sort of society they have built.

In The Act of Killing, Anwar and his friends agree to tell us the story of the killings. But their idea of being in a movie is not to provide testimony for a documentary: they want to star in the kind of films they most love from their days scalping tickets at the cinemas. We seize this opportunity to expose how a regime that was founded on crimes against humanity, yet has never been held accountable, would project itself into history.

And so we challenge Anwar and his friends to develop fiction scenes about their experience of the killings, adapted to their favorite film genres – gangster, western, musical. They write the scripts. They play themselves. And they play their victims.

via Wikipedia entry for Indonesian killings of 1965–66

“the CIA denies active involvement in the killings, though it was later revealed that the American government provided extensive lists of Communists to Indonesian death squads.”

The Act of Killing Trailer: 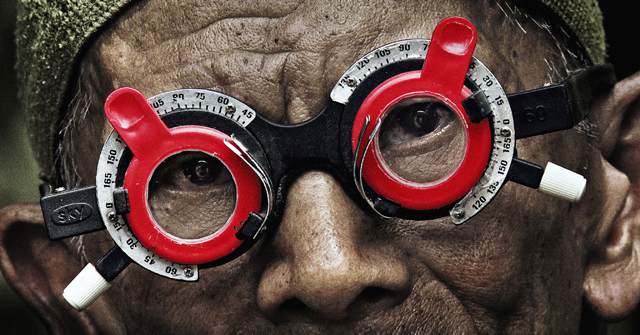 The Look of Silence

“Through Oppenheimer’s footage of perpetrators of the 1965 Indonesian genocide, a family of survivors discovers how their son was murdered, as well as the identities of the killers. The documentary focuses on the youngest son, an optometrist named Adi, who decides to break the suffocating spell of submission and terror by doing something unimaginable in a society where the murderers remain in power: he confronts the men who killed his brother and, while testing their eyesight, asks them to accept responsibility for their actions. This unprecedented film initiates and bears witness to the collapse of fifty years of silence.”

The Look of Silence Trailer: