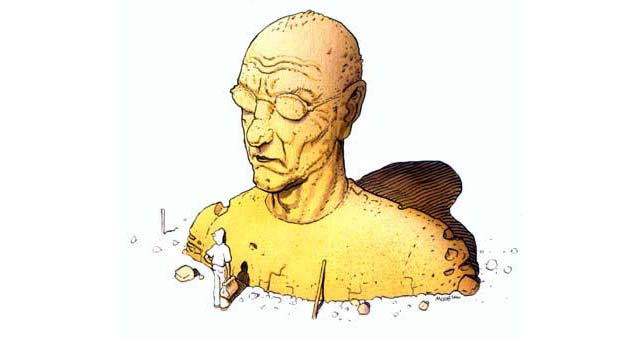 Sadly, we’re now without a living Moebius. All the more reason to revisit (or explore anew) his wild and fantastic creations. Most people might recognise his graceful intergalactic palette as some of the best parts of Heavy Metal magazine (originally Metal Hurlant in France) – but even the comic-less would be familiar with his work and influence on films such as Alien, Tron + Blade Runner. Indeed, we’ve lost a gentle giant.

Some Moebius links to dive into?

official site ( French )
Moebius on wikipedia
Airtight garage, a fan site / tumblr-collage tribute (named after one of his books).
There are several feature-length Moebius documentaries available. Here’s a video interview with Moebius drawing on a Cintiq screen-tablet.
And then there’s the Moebius and Alejandro Jodorowsky film version of Dune they never got to make. It was also to feature Salvador Dali and Giger amongst others, so the documentary about this, Unseen Dune (see trailer), should at least be pretty interesting.

If looking to do an out of print Moebius comic binge on your ipad ( including say, The Incal, his series with Jodorowsky) … Stanza – is a free app that can read CBR + PDF comics. 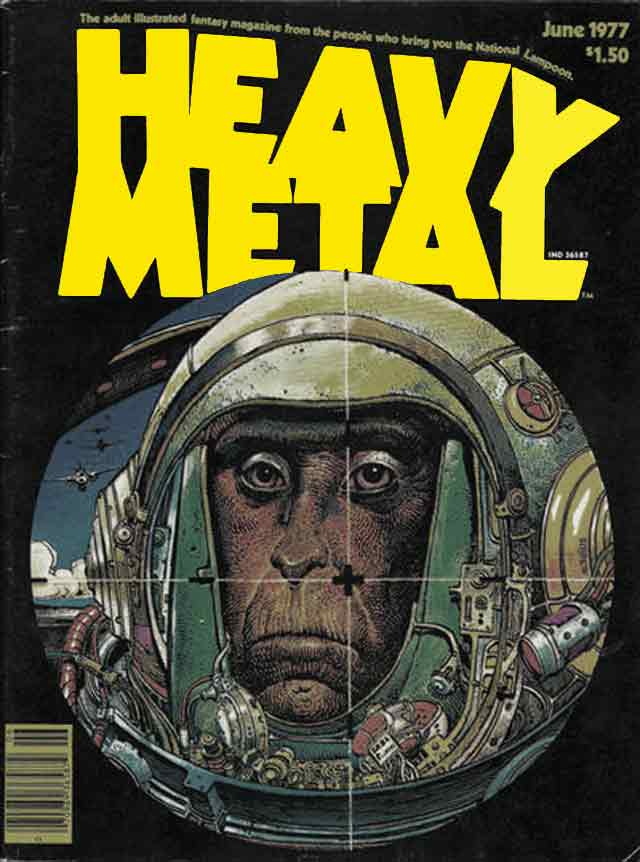