( UPDATE : Noticed recently that some of the net censorship bypass methods below still left a wordpress site blocked. Was still viewable by entering the site address at https://proxify.com – or – https://stupidcensorship.com – both found via this PDF at citizenslab, which outlines a range of web-based and much more advanced net censorship avoidance techniques and software)

As Governments around the world are looked down upon for trying vainly to limit what citizens may access on the internet, it’s worth remembering that under the ‘war on terror banner’, Australia’s Government is playing the same game.

What We Know So Far
“The Net interprets censorship as damage and routes around it.”
– John Gilmore

“The Internet interprets the US Congress as system damage and routes around it.”
– Jeanne DeVoto

“You can’t take something off the Internet – it’s like taking pee out of a pool.”
– NewsRadio 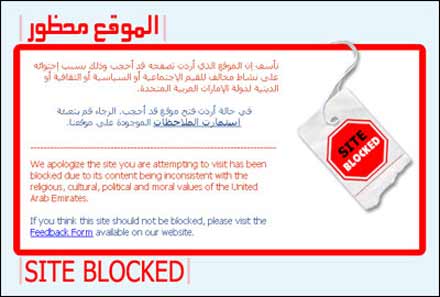 What We Also Know : Open DNS
Web addresses such as http://www.worldchanging.com are actually translated at your ISP into a series of numbers such as [66.102.7.104]. This happens with a ‘Domain Name Server’ at your ISP. Sometimes your ISP will request you enter specific DNS addresses in your browser preferences, sometimes the process is more automated. We can also replace these DNS addresses with the following public addresses, which will effectively stop how an ISP might try and limit access to certain domain names. Tip comes via…

Instead of relying on the DNS server of our local ISP, we can change the DNS server name to point to a more reliable and free service called OpenDNS. Thereâ€™s no software to download or install, just a small modification in your internet connection settings. The DNS server can be changed from the TCP/IP Properties section. [Control Panel -> Network Connections -> Local Network Connection -> TCP IP Properties]
You will see a setting called â€œUse the following DNS Server Addressesâ€ – Type the following values for the preferred and alternate DNS Servers respectively.

Turkish Web Delights
Skynoise.net is hosted at the dreamhost servers, and made using wordpress blog software installed there, which allows easy understanding of people who make links to your site. WordPress also hosts blogs at wordpress.com, providing built in blog software and storage for millions of bloggers. And so, recently realising there was a link to skynoise coming from http://agrotime.wordpress.com, clicked away and found the following message :
“Access to this site has been suspended in accordance with decision no: 2007/195 of T.C. Fatih 2.Civil Court of First Instance.”
Which I later learnt was a Turkish court ruling that agreed with a Turkish creationist about some blogs being offensive, and thereby deciding to shut down the entire wordpress.com domain with Turkey. I am now viewing Agrotime in Istanbul, Turkey, using the above Open DNS domain name servers, but a lot of people will not know how to do this, and find millions of wordpress blogs blocked to their view ( including presumably many Turkish blogs). This followed on from a Turkish court banning youtube because of a teenage battle between Turks & Greeks escalating to where some offensive material was posted on youtube. Noted at Boing Boing, you can also access any wordpress.com weblog using ssl; that is httpS://*.wordpress.com . “This is why wordpress.com is so popular here” ( an Iranian author).

In 2006 more than 60 prominent writers and journalists have been put on trial in Turkey, accused of violating article 301 of the criminal code, which makes it a crime to denigrate Turkish national identity. This law has seen best-selling authors jailed for having fictional characters who denigrate the Turkish national identity. I met a girl recently who had been briefly jailed during High School, for expressing something her teacher found ‘dangerous’ then reported her to the authorities. Sounds crazy? Lets go to Australia.

Sedition in Australia
( see http://en.wikipedia.org/wiki/Australian_sedition_law )
Sedition? ‘Conduct or speech inciting to rebellion or a breach of public order; agitation against the authority of a state.’

And yet in a genuine democracy – in a market of ideas, such criticisms should be heard surely? In 2005 changes were included in an Anti-terrorism Bill announced by Prime Minister Howard prior to a “counter-terrorism summit”. Incidently, the last sedition related prosecution was in 1960, when Department of Native Affairs officer Brian Cooper was prosecuted for urging “the natives” of Papua New Guinea to demand independence from Australia. He was convicted, and committed suicide four years later, after losing his appeal. Peaceful independence from Australia occurred on September 16, 1975, who had ‘administered’ PNG since World War 1 in 1915.

Cardigan Comics bring out a regular comics anthology, TANGO, and their seventh edition combines the themes of LOVE and SEDITION. Say they :

“The ‘War on Terror’ has provided the government with a pretext for enacting emergency legislation against its own citizens, increasing surveillance, and muzzling its critics. It’s easy to be blamed for sedition today. It’s as easy as being unAustralian. A true democracy, surely, recognises the ground on which it stands – that people will disagree, argue, challenge. That indeed we need to be seditious…”

I like their suggestions for would-be comic submitters :
Imagine the Dixie Chicks locked up in Guantanamo Bay.
William Blake, greatest poet of his age, is tried for sedition for throwing a soldier out of his garden. He and his wife Catherine celebrate the case’s dismissal by toasting the French Revolution and having sex in the aforesaid garden.

Related : Aust Govt attempts to censor netporn by spending millions on netfilters, which will also block sex education and health materials, and not stop anyone from finding what they want online anyway. There are better ways of spending money.