Each summer, Tasmania’s infamous MONA gallery hosts an eclectic art + music festival, MONA FOMA, with a nightly hub, FAUX MO. The 2013 edition was held in a Hobart laneway, and I was asked to create projection mapped animations for a 4 storey fire escape (painted white for the occasion). The projections happened over 5 nights, while various acts played on the stage under the stairs and in nearby venues, eg Chicks on Speed, No Zu, Awesome Tapes from Africa, Digital Primate, Justin Shoulder, roving performers such as the sequined ninja (Benjamin Hancock, yo!), and Soda Jerk with laneway films.

The stairs offered very minimal surface area to play with, so the projections were focussed around animating the structure itself – isolating and sequencing elements, playing with textures and colours (which meant collaborating a lot with the lighting operator), and at times – using the fire exit as a 4 storey high graphic equaliser. 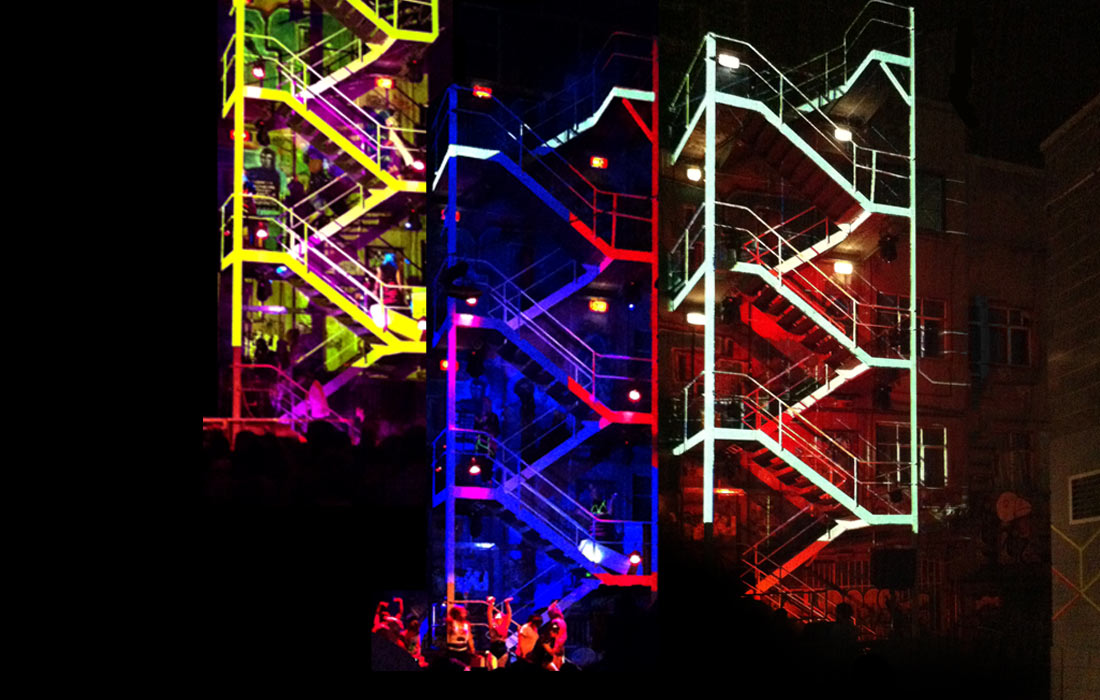 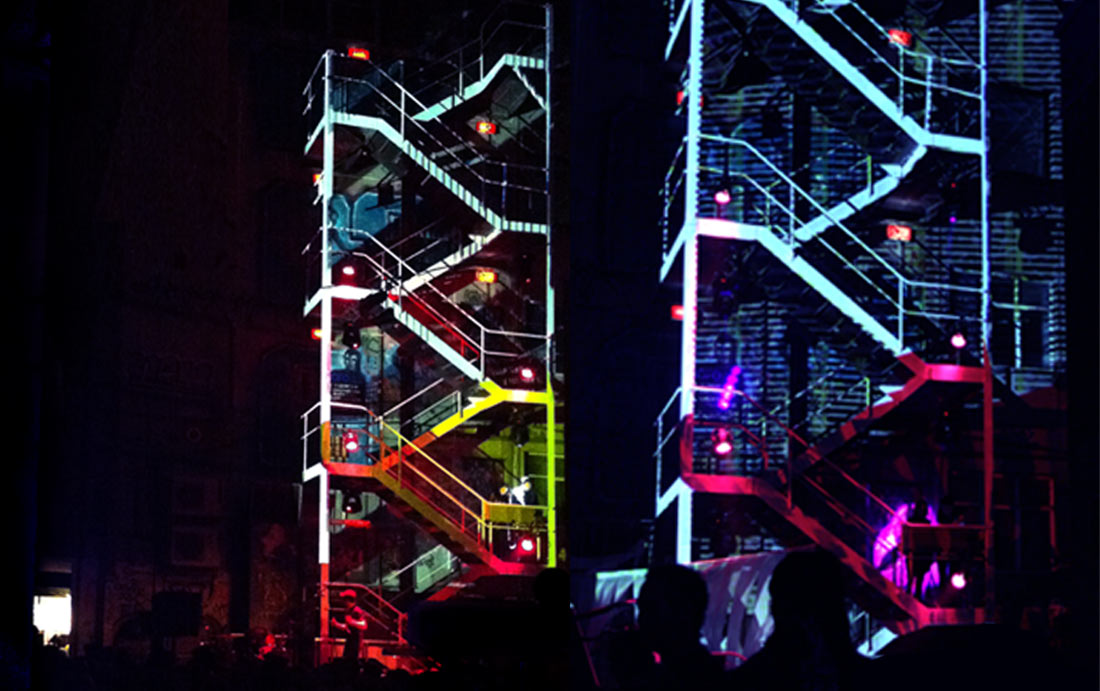