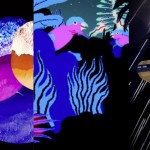 I’m going to Mexico!! Am super excited – it’ll be my first time in any of the Americas.  From Nov 26 – Dec 22 I’ll be wandering through Mexico City, Oaxaca, Tijuana, as well as Cuernavaca, Metepec and a few other places in … Continue reading →